Will Artificial Intelligence Design the Cities of the Future?

Will Artificial Intelligence Design the Cities of the Future? 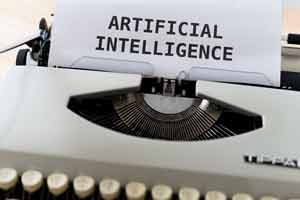 Artificial intelligence was once something that was confined to science fiction, with visionary directors providing frightening glimpses into what could potentially happen in the future. That future has arrived, and it now seems certain that AI will play a prominent role in almost every industry. It is already creeping into some sectors and will set up roots in them before emerging in others.

In recent news, some images were released depicting how AI imagines city living decades from now. This highlights how the technology may be better placed than its human counterparts to handle the design of buildings. This will take some time, though, and AI will likely curry favor with the masses by first improving mainstream industries like the entertainment sector.

AI Has Some Interesting Ideas About How People Could Live

AI can be used for various design functions online already, and there are now some cases of unique artwork emerging. An architect decided to take this one step further and asked the technology to imagine what a high-rise dwelling of the future could look like. It came out with an interesting idea, one that may not have been conceived by many non-digital architects before now.

Manas Bhatia is an architect and computational designer based in New Delhi, and it’s his work with AI that has created a storm of excitement online. The high-rise buildings look nothing like the ideas that have been thrown up in science fiction movies in the past. Instead, they appear to be more in tune with nature. They are covered in lush greenery, which scales the curved tower blocks and provides vital oxygen to the residents of the city.

To end up with these designs, Bhatia typed in a few key phrases into AI. These included “symbiotic” and “utopian technology.” He then put the AI to work and let it do its thing. After that, he refined his descriptions and added more information that he thought would help the process. The amazing thing about this form of design is that it gets better over time as the AI learns what the architects desire.

Is This a Sustainable Vision for the Future?

The architecture industry could be set to enter a new phase, as this project shows that AI could easily be used to replace human architects at some point. Technology is only going to get better as well and will be able to consider numerous factors that people may not think important. It won’t just be used in the planning of building city dwellings, but it will also factor in aspects that help make them sustainable.

For example, AI will be able to handle and compute a wide range of data in any city where it is asked to design buildings. This could include exact information about the population and projections about how many people will live there in the future. It could weigh up things like air pollution and the amount of waste a city will create, and even come up with solutions to deal with these issues.

AI will play a massive role in competitive sectors moving forward, enabling businesses to get the edge over their rivals

Architects may need to start rethinking their roles in the development of buildings and could start to become overseers of the technology instead. AI could potentially do the leg work and then produce several options for human architects to ponder over.

Where Else is AI Likely to Take Over?

AI is expected to play a prominent role in almost every industry in the future, but the entertainment sector is one that it could permeate first. It could use this as a stepping stone to winning people over before moving on to important tasks such as city building. Indeed, algorithms have already started to take over in some branches of this industry, as developers are constantly seeking ways to improve pleasurable activities.

Some of the most popular online subscription services make use of AI to enhance the user experience. Netflix is famous for its algorithm that analyses a vast amount of data to put people in touch with the films and television series that are best suited to them. Similarly, Spotify computes mass amounts of information to recommend songs to its users. It knows what tracks to suggest to you if you listen to songs from certain bands, based on millions of other users’ preferences since its inception in 2006.

AI is going to play a massive role in competitive sectors moving forward, as it will enable businesses to get the edge over their rivals. At the moment, the online casino industry is one of the most bustling sectors online, with sites vying with one another to win over players. This is normally done by trying to provide the best online casino bonus, and these have become highly lucrative as they now include deposit matches and free spins. Players can claim bonuses easily by clicking on links on review pages after they’ve found a site that suits their needs. But with almost every site offering these bonuses now, operators will have to get even more innovative to stand out.

In the future, these bonuses could be enhanced further with AI. This is because it would be able to tailor them to different users to give them exactly what they want based on their previous experiences. It may also end up correctly predicting what people want to watch or play at any time. The idea of AI bridging the human element seems increasingly likely and it will make it easier for people to imagine than seeing the technology build cities. However, it’s this gradual progress through mediums like entertainment that will eventually lead to bigger projects.

With AI starting to permeate almost every industry, it’s no surprise that its influence is seen in architecture. After becoming mainstream through entertainment, AI is likely to kick on and handle a wide variety of jobs including the design of future cities.